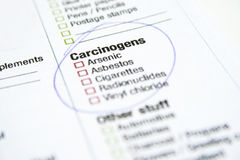 According to an article published in The New York Times, the Environmental Protection Agency (E.P.A.) has published a list of 10 of the most toxic threats it will evaluate under the law passed last year.

The new law is intended to crack down on some the world’s most hazardous chemicals.

The 10 chemicals on this list are some of the more prevalent chemicals found today in a variety of industries, including your home and schools.

Not manufactured in the U.S. since 2002, it can still be imported from overseas and is commonly found in brakes, roof tiles, gaskets and insulation that has not been updated.

The solvent can cause nervous system disruptions, loss of consciousness and has been associated with reduced blood cell counts, liver and reproductive toxicity.

This clear liquid with sweet odor has been used in refrigeration fluids, pesticides, aerosol cans, cleaning solutions and spot removers-most of which have since been banned.

Carbon Tetrachloride can cause liver and kidney damage, and at high levels of exposure, has even led to fatal brain and nervous system damage.

Another organic compound that has a myriad of applications, many of them in common household products used every day. Some include antifreeze, deodorants, shampoos, cosmetics, dyes, waxes sealants and adhesives. But most shocking of all is that it is now found in low levels in our drinking water supply.

Dioxane in this form is been deemed “likely to be carcinogenic to humans” by the E.P.A. It may also cause sever liver and kidney damage.

This may sound like something only a professional chemist would ever come on contact with. But on the contrary, C.A.B.C. is commonly found in plastic, foams and insulation boards in the construction industry. This last application makes human susceptible to this compound through dust in our homes. 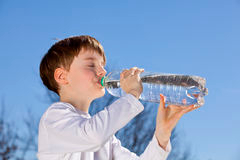 A solvent used in petrochemical processing that can be found in plastics, paints, inks, electronics and cleaning products.

Studies suggest this compound can have adverse effects on pregnant woman.

“Perc” is most commonly known as the “dry cleaning solvent” can also be found in furniture-care products, greases, lubricants, paints and adhesives.

Perc has been known to cause liver and kidney failure with chronic inhalation exposure. Studies also show that damage to both the reproductive and nervous systems have been shown with long term exposure.

The E.P.A. has also deemed perc to “likely be carcinogenic to humans,” having been associated with bladder cancer, non-Hodgkin lymphoma and multiple myeloma. Perc has also been found to be a drinking water contaminant.

A pigment used in watercolors, acrylic paints, automotive paints, inks for printing and packaging. It has also been approved for pharmaceuticals and food packaging.

Although there are limited studies on this chemical, early research suggests reproductive and developmental toxicity.

“TCE”-as it’s commonly referred to, is used as a de-greaser and refrigerant. TCE is also found in dry cleaning operations and some consumer products.

TCE has also been found to be a drinking water contaminant.

Although many of these chemicals have been under heavy scrutiny as of late, there is still heavy industry pushback on the regulation of these compounds, despite many studies indicating that these chemicals can cause harm to humans, animals and the environment.

As stated above, we come in contact with these chemicals on a daily basis without even knowing. It is always a good practice to read your labels, and buy green products whenever possible. It is the only way to know for sure that you and your loved ones are going to be safe when dealing with chemicals.